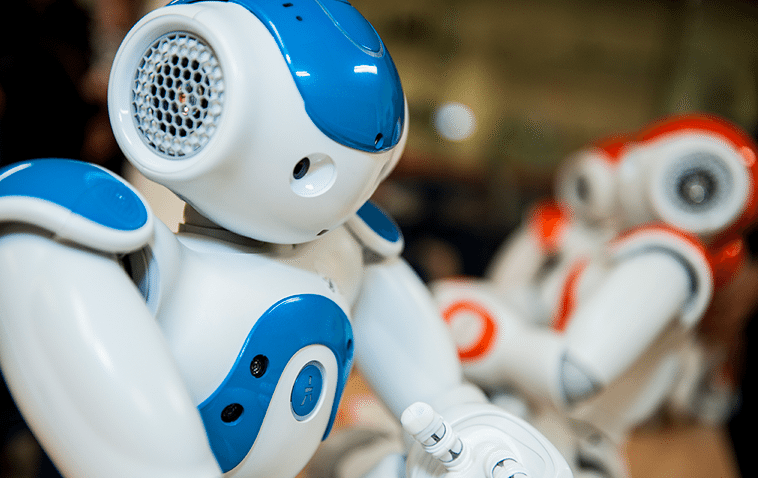 The NAO robot has already been used in different experiments with ASD children3,4,5 . Because of its size and appearance, NAO has been particularly well received by young children, they anthropomorphize NAO and readily engage in affective social interactions with it.

The second DREAM experimental platform wass Probo, developed at the Vrije Universiteit Brussel. This robot was designed to focus on verbal and non-verbal communication, and act as a social interface by employing human-like social cues and communication modalities. It was well suited for this task since it had a fully expressive and anthropomorphic head. With 20 motors in the head, the robot is able to express attention and emotions via its gaze and facial expressions. To guarantee a safe physical interaction between the robot and the children, compliant actuation systems and a layered structure with foam and fabric were implemented, contributing to the aspects of a safe, soft and “huggable” interaction.

Probo has also previously been used with ASD children6,7,8,9. The outcomes of these studies all showed positive results. In all the studies, the robot was used in a Wizard of Oz setup.

Vision sensors provide a noncontact, natural, unobstructed way of recording, monitoring and analysing everyday behaviours of people with ASD, e.g. by analysing facial-head movements of ASD individuals1 as well as eye gaze. These visual cues are important because children with ASD usually have a number of atypical visual behaviours and viewing strategies, such as reduced gaze towards the eyes and preference for the mouth2.

Given that placing sensors on children may impede therapy, DREAMwill use RGB-D sensors such as the Microsoft Kinect® rather than employing high precision wearable motion tracking devices, together with adaptive action and behaviour analysis software. These will be augmented by techniques for multi-sensor data fusion. Touch sensors and RFID will be optionally considered to capture environment-related information.